What browser does AdEasel recommend to clients and partners? 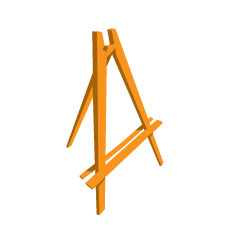 We are often asked what browser we recommend, and generally we have the same answer in most cases. It is a two part answer. First, we recommend using an updated browser. Second, we recommend Firefox. Although you can make a strong case for Safari on Apple and Chrome on either Apple or PC, generally Firefox provides the most stability for day-to-day performance.

We are often asked what browser we recommend to clients and partners, and generally we have the same answer in most cases. It is a two part answer. First, we recommend using an updated browser that you are comfortable with. Second, we recommend Firefox for all users, with a nudge to Chrome for Android and Google Apps users. Although you can make a strong case for Safari on Apple devices and moreso for Chrome on any device, generally Firefox provides the most stability for day-to-day performance across all platforms. 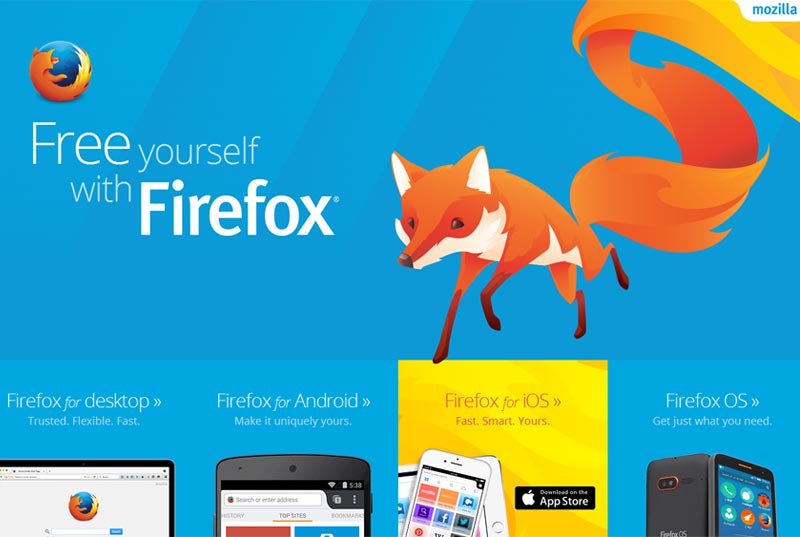 It isn't flashy, and it isn't perfect, but it is a good status quo and go-to browser for most sites and applications. It is the conservative choice and is flexible enough for even older Windows version users to still rely on. Mozilla releases steady, stable updates, and supports a wide range of add-ons, along with consistent performance on all platforms. It is simple to use, it runs fast without exhausting too many resources, and provides a secure, reliable web experience. New features including sync and messaging are beginning to expand Firefox's overall functionality. 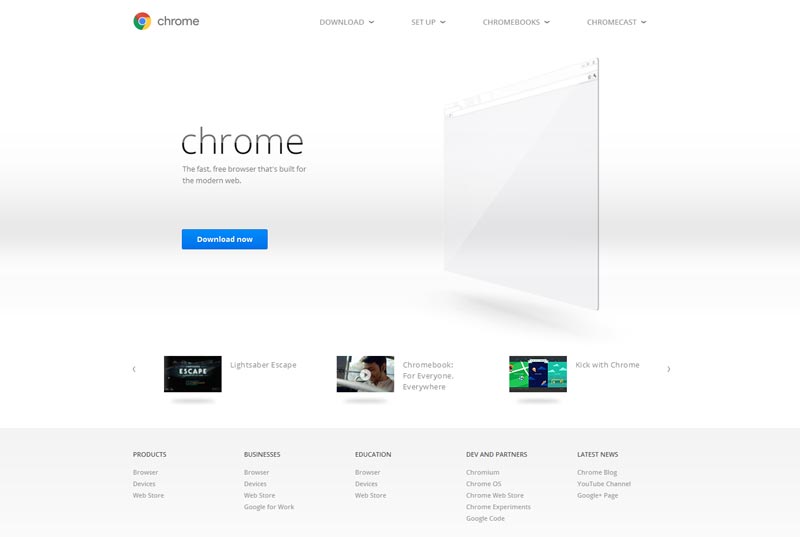 It loads fast, and if you use Google Apps, it is a must-have. The Google App launcher and integrated programs are quick and handy, offering a lot of functionality and performance. Chrome experienced an incredibly fast growth in market share at a time when Internet Explorer and Firefox were too slow to roll out updates. Much like the popularity of Google search and Gmail, Chrome's usage exploded, and it has become the browser to beat. The sync tools and speed are some of the best advantages, and more users, particularly in education, are leaning toward Chrome for more than just the browser experience as it has opened the door for an entire web-based Chrome operating system. For developers, Chrome offers a version called Canary that provides a new look at forthcoming updates and additional development-specific tools and features. 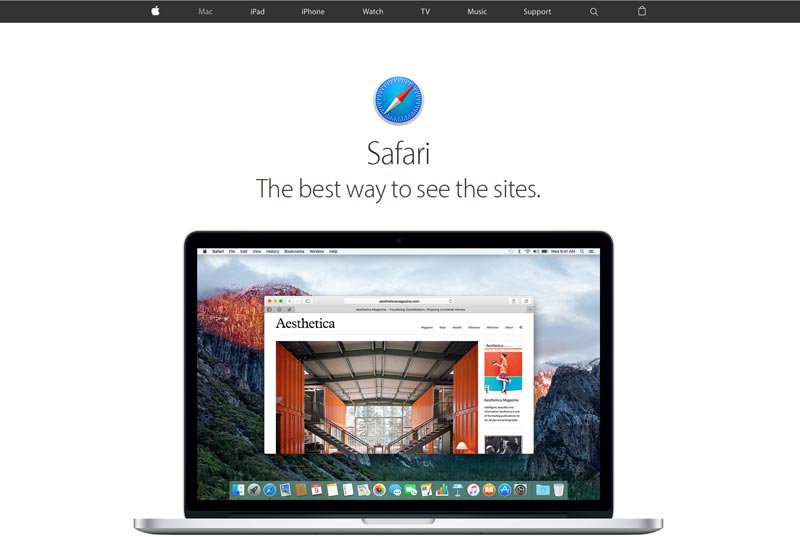 It is only for Apple users, but like other Apple software, it generally works well and is familiar for anyone who prefers the platform. One of the best features of all Apple devices is battery life and battery management. Safari is no exception to this advantage, as Apple touts its responsiveness and efficiency. Built-in privacy features, syncing and sharing, and iCloud integration are some of the best advantages for Apple users, while JavaScript engine optimizations allow for faster and more battery-efficient performance for demanding sites and applications such as video streaming on Netflix. Additional privacy and security features include now-standard private browsing and third party cookie blocking, however Apple offers additional options such as DuckDuckGo non-tracking search engine integration, sandboxing to avoid brwoswer crashes and robust malware detection. Pinned sites for easy access, AirPlay for streaming to Apple TV, Spotlight search suggestions, and a few other bells and whistles make Safari the obvious choice for most Apple users, however dropping support for Windows may end up costing valuable market share with the re-emergence of Windows 10. As long as Apple maintains a strong share of the mobile market, we don't see Safari collecting dust anytime soon. 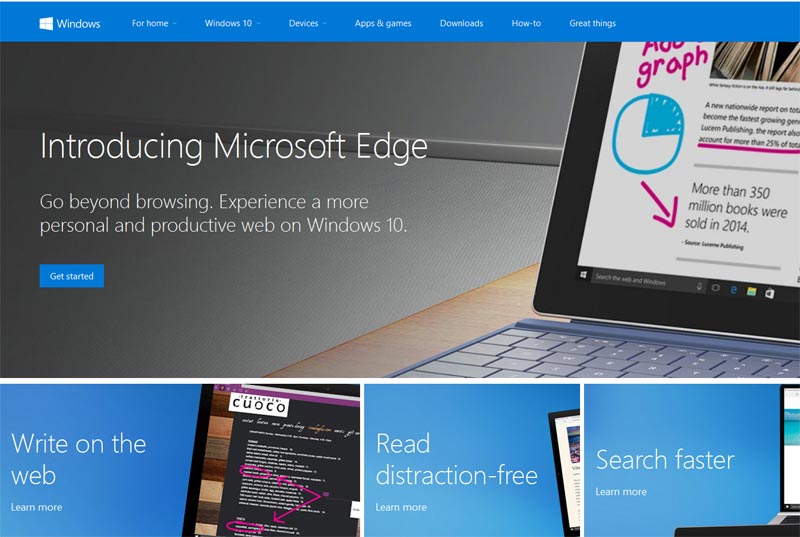 Edge has promise. Internet Explorer does not. There is a special place for IE 6 and 7 in the history books of the web and web development, and with the long-term fragmentation issues, it is no surprise that Microsoft is pushing users to adopt Windows 10 and Edge as soon as possible. A complete rebranding tells the story, and Microsoft is eager to deliver a speedier, feature-rich browser that makes users all but forget about their frustrations with Internet Explorer over the years. Athough Edge is fast and offers key integrated features such as inking for Surface users, it is not without its issues. Add-ons aren't scheduled to arrive until Spring 2016, and some functionality such as support for Microsoft's Silverlight wasn't what users hoped for. Besides inking, one key advantage of Edge comes with the tight integration with Cortana, Microsoft's Virtual Assistant. The success of Edge depends on the success of both Windows and Surface, and while there is a long way to go, we don't see the business world moving away from Windows soon, which only makes the promise of Edge much greater. We just hope it gets here sooner to become a reliable, daily performer. 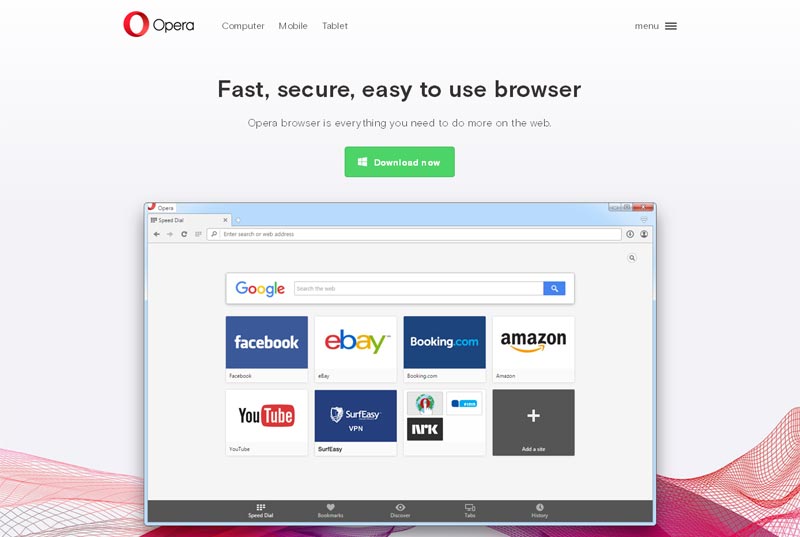 Opera is the best browser most people have never heard of or used. It has been competing for some time, and has been more agressive in the mobile space to capitalize where the bigger rivals are slow to catch on. It's worth a try if you are curious. Tabbed browsing and other standards work effectively and efficiently, and beyond the already fast and reliable performance, Opera offers a Turbo mode to speed up websites through compression, which may be helpful to users on less-than speedy connections. Although Opera has become one of the best browsers in the bunch, without a key integration feature like Edge has with Windows, Safari has with Apple, or Chrome has with Chrome, it is diffcult to one-up the other non-OS mainstay, Firefox. Remember, Firefox OS hasn't quite made it to the big leagues yet, however there is still a possibility. Opera will need to focus on features and content to stay relevant as the market continues to change.

There are many more browsers to choose from, such as Tor, Webfreer, Torch and a growing number of new entrants particularly in the mobile arena. Be careful installing apps and software, particularly in the Android and Windows app stores to avoid apps that may contain malware or provide your information to third parties.

As of today, Firefox and Chrome offer the best general performance, followed by other challengers with specific advantages based on their integration with Apple devices (Safari) and Windows 10 devices (Edge). Also, send us your feedback - we are always interested to hear how you are using different browsers for different reasons. As with most technologies, there is no one single answer for all users.