The Built Version of Social Media 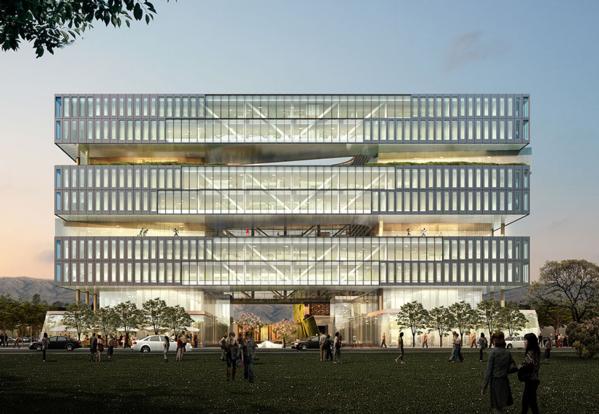 Samsung broke ground on a new $300 million North American headquarters in Silicon Valley yesterday.  With Apple's new HQ currently in the works, there appears to be a new playing field on which the two giant technology companies can compete.

The design renderings for Samsung's building do look somewhat less Sci-Fi than Apple's but there does appear to be many similarities, the largest being the architects intentions to develop several spaces within each complex that fosters opportunities for personal interaction and collaboration.  As founding editor-in-Chief of Dwell Magazine and former New York magazine architecture critic Karrie Jacobs put it. "It's post-Panopticon.  Not authoritarian but more about visual peer pressure, the built version of social media."

To read more architectural critique of the building, use the link below to click through to the full article at The Atlantic.